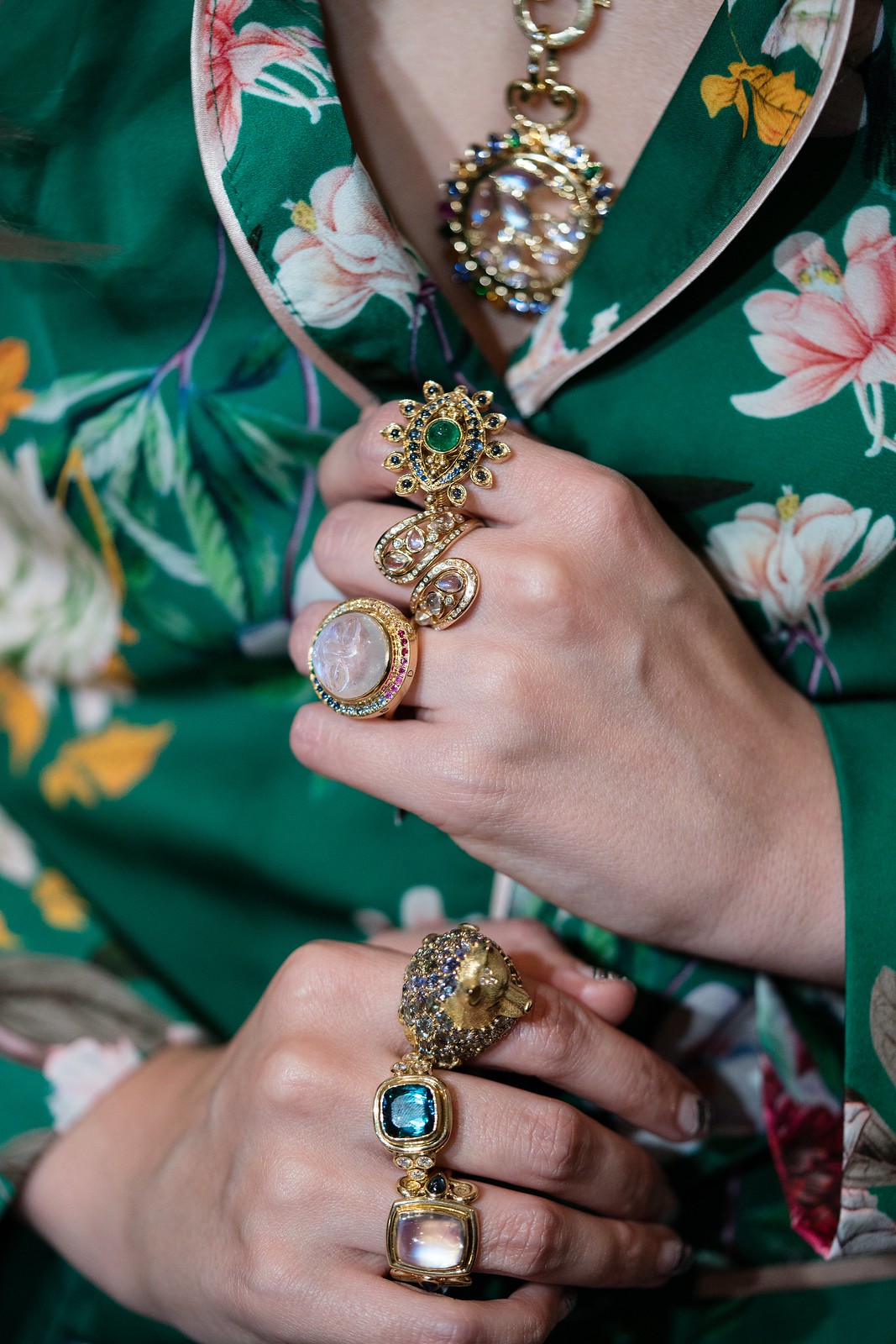 Temple St. Clair is a passionate artist, designer, traveler, explorer…and of all places, she was in Nashville during Couture (she landed just as I was on my way to the airport). Nashville’s renown Swan Ball had selected Temple as the official jeweler of the event, which she attended. With this being the first time being away from Couture since she began exhibiting, she knew she was leaving her jewels in good hands with her team. I was excited to see her enchanting jewels in person.

Upon entering her salon, I recounted my memories of reading her first book Alchemy: A Passion for Jewels. In the book, she reveals some family history which she believes has heavily influenced the reason why she is where she is today. Her grandmother was one of the first to enter King Tut’s tomb in Egypt when it was first discovered…and Temple herself was a jetsetter from the time she could walk. Her parents loved to travel and would bring her along, encouraging her to keep a journal and collect things for a scrapbook. As I got to see her collections at Couture, I could see her Southern roots within her designs and her years spent in Italy working and living abroad, where she first stumbled into the world of jewelry.

Temple has a huge appreciation and fascination with ancient civilizations, with a desire to create pieces like they once were during those times. Techniques like granulation and pieces like amulets and talismans became the forefront of her creations. The crystal amulets, which have been a huge focal point of her work, continue to be reimagined in all of her collections. Temple recently created a swan amulet, which is incredibly gorgeous. Temple’s first amulet she ever created is one is she never without, as it always remains around her neck.

Each piece I saw at Couture by Temple St. Clair is one that ought to be treasured, collected and passed down. Ancient symbols combined with modern design are the foundation of her work, which can be seen throughout every collection. From her crystal amulets, to her lattice-work bracelets inspired from travel, to her sea-domintated colors of blues and greens, her booth at Couture was not to be missed. Thanks for having me!